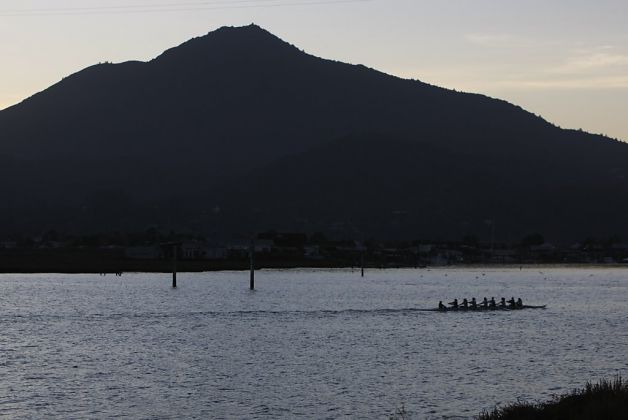 Mt. Tamalpais viewed from Corte Madera Creek in Marin County. A new study of Marin County women determined to be at high risk for breast cancer found twice as likely to have a variant of a vitamin D receptor. Photo: Eric Luse, The Chronicle / SF

New research may start to shed light on why Marin County has one of the highest rates of breast cancer in the world, and the answer may be related to vitamin D.

A small pilot study of Marin County women determined through testing to be at high risk for breast cancer found them to be almost twice as likely to have a variant of a vitamin D receptor as the overall population of 338 in the study.

Researchers have long been investigating and discovering variations in genes that could be associated with breast and other cancers. This is the first time a study has linked this vitamin D receptor – a protein molecule that signals the cell to activate vitamin D – with higher risk for breast cancer in Marin County women, the authors said.

Additionally, numerous studies have found a relationship between adequate vitamin D in the body and a lower risk of cancer.

“A lot of people have been doing analyses of vitamin D levels and breast cancer risk, but there haven’t been a lot of studies addressing the vitamin D receptor itself,” said Dr. Kathie Dalessandri, a surgeon scientist in Point Reyes Station and primary author of the study.

“I think this is just the tip of the iceberg,” she said, adding that the findings need to be validated in a larger study.

A focus on Marin

Researchers have long been trying to determine why largely white, affluent Marin County has higher than average rates of breast cancer.

Studies have looked at traditional risk factors such as age at the time of diagnosis, age at giving birth for the first time, family history of breast cancer and use of hormone replacement therapy. But none has offered any clear conclusions.

The first major study to look at these issues, which was led by UCSF researchers and published in 2003, determined there was nothing about the land itself in Marin County that appeared to cause breast cancer. It concluded that a woman’s risk of developing the disease did not increase according to the amount of time spent in the county.

While researchers have focused on the levels of vitamin D in the body and the vitamin’s potential to lower risk of breast and other cancers, they have yet to determine the role of vitamin D or how much of it is needed for cancer prevention.

In this most recent study, which was published online this week in the Journal of the American College of Surgeons, the role of the variant in the vitamin D receptor and how that affects the amount of vitamin D in the body is also unclear.

The variant “is known to be associated with differing vitamin D levels, but the exact way it works is not known, which is kind of frustrating,” said Eldon Jupe, clinical laboratory director of InterGenetics Inc. and developer of the breast cancer risk test that was used in the study. “But it does give a direction in which to look.”

Researchers used cell samples taken from the mouths of 338 women from the 2003 UCSF study.

A larger, collaborative study in Marin County is ongoing, headed by the Marin County Department of Health and Human Services. The breast cancer study, called the Marin Women’s Study, involves thousands of women. Investigators hope this study group could be used to advance the vitamin D receptor research.

Rochelle Ereman, director of the Marin Women’s Study, said Dalessandri’s research “provides us another possible piece to the puzzle as to why Marin’s breast cancer rates have been historically high.”

Jeanne Rizzo, president of the Breast Cancer Fund, an advocacy group that focuses on the environmental causes of breast cancer, said it’s too soon to stock up on vitamin D.

“But this tells us we should be looking at things that are not just traditional risk factors and it’s important to continue this investigation,” said Rizzo, who is also a Marin County resident.