“Now most real vitamin D experts agree that the minimum 25(OH)D serum level for optimum health and immunity from disease should start at 50 ng/ml. With these recent discoveries, many are taking four to ten thousand iu of vitamin D3 supplements daily, unless they’re under the sun relatively bare-skinned and often.” 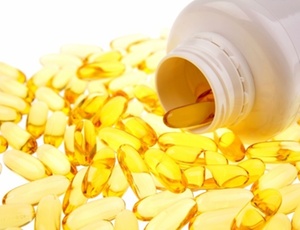 Mainstream medicine has promoted the merits of vitamin D’s bone health and rickets prevention for decades. For that level of health protection, a low RDA (recommended dietary allowance) was established of 600 iu (international units) daily while a vitamin D blood level at 20 ng/ml (nanograms/milliliter) was considered normal.

Now most real vitamin D experts agree that the minimum 25(OH)D serum level for optimum health and immunity from disease should start at 50 ng/ml. With these recent discoveries, many are taking four to ten thousand iu of vitamin D3 supplements daily, unless they’re under the sun relatively bare-skinned and often.

A few courageous heart specialist MDs are breaking through the cholesterol smoke screen scam asserting that arterial inflammation is the root of all cardiovascular issues and heart disease (http://www.naturalnews.com).

A lot of this inflammation is the result of poor diets. But vitamin D also provides a measure of protection against inflammation of all types (http://www.naturalnews.com).

With the link of inflammation to heart disease, it’s no wonder that recent studies are pointing to increased heart disease mortality among those vitamin D deficient.

These studies were conducted on patients in hospitals and clinics that handle coronary problems. The most recent was conducted in Brazil at and published in PubMed online in November of 2012. (Sources [1] [2] below)

They were divided into two groups: Those with serum D levels at or under 10 ng/ml, considered severely deficient, and those with 20 +/- 8 ng/ml, closer to normal. A higher percentage of those patients severely deficient died in the hospital than those mildly deficient.

The researchers concluded, “… severe vitamin D deficiency is independently associated with in-hospital cardiovascular mortality in patients with acute coronary syndromes.” In other words, your chances of dying in a hospital after a heart attack are greater if you’re vitamin D deficient.

In September of 2012, Science Daily reported a Danish study conducted by the University of Copenhagen and the Copenhagen University Hospital. This study involved more than 10,000 Danes whose vitamin D levels were established between 1981 and 1983 and tested again with follow-up readings since then.

Another study reported by Science Daily in 2009 took place at the Heart Institute at Intermountain Medical Center in Salt Lake City, Utah (USA). This time almost 28,000 patients of 50 years or older age with no prior history of heart disease had their vitamin D blood levels measured periodically.

The levels were divided into very low, low, and normal. This time the normal standard was relatively high at 30 ng/ml. They found that those with very low levels of vitamin D were twice as likely to have heart failure than those with normal levels.

It’s impossible to overdose vitamin D from sun exposure. But it’s remotely possible that supplementing heavily over time with D3 might even create heart problems. This can be avoided by also taking vitamin K2, especially the MK-7 variety (http://www.naturalnews.com/027832_vitamin_K_osteoporosis.html).

Sources for this article include: